@thecanine does not follow you (they may not see your replies!)

(#l2phrpa) @lyse@lyse.isobeef.org I never studied any kind of biology, other than the basics taught at primary school, so I’m probably not the most qualified person to answer this.

I know some dogs have blue eyes, I think it’s usually light blue and according to the first few Google results, the probability also depends a lot on the breed.

Inugamies are a fictional race, so there’s obviously no biological answer there, just the observation that they are drawn with big black eyes like mine has, in anime.

I actually have blue eyes in real life, but unlike most, if not all blue eyed canines, mine are dark to the point of almost not being blue.

(#l2phrpa) @lyse@lyse.isobeef.org Yeah, I scaled the eye down a bit and probably prefer this style of smaller, mostly black eyes too, which is why I use them in almost everything I draw.

I still think the other style might look better in some cases, like when Difro, the artist on the site I linked uses those eyes, because they always animate their art and need eyes that blink. For these animations, the bigger eyes just work better.

I also like the hint of color they have, because I always wanted to give my inigamis eyes a hint of blue, to make him a little different from other shiba colored four leged inugamies. I know - probably not necessary, as he’s already rather specific, but it’s also a bit of a reference to an old slavic/pegan god Chors, who was in some videogames depicted as having glowing blue eyes.

(#w3gw4mq) @lyse@lyse.isobeef.org There’s something about the client on this screenshot, that immediately makes my mind got to Temple OS. Rightfully so, you have clearly not surpassed the god given limit of 16 colors per operating system.

I’m done with the “smallening” for now.

I thought it’d be interesting to remake an older pixelart, that was way too “inspired” by Difros (https://difro.carrd.co/) work, to match with one of my friends profile picture at the time drawn by Difro.

Now I wanted to return to it and try making all the changes I regretted not making back than and in general make it more than a somewhat edited copy of someone elses work.

*They still look somewhat similar, because some changes were already made in the first edit from 2021. It was never just a re-color of someone elses art. 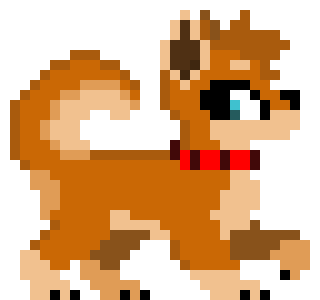 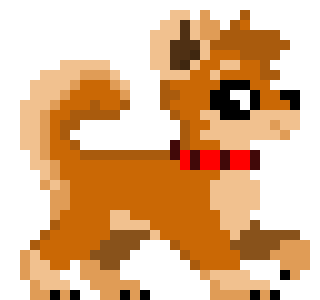 (#fgfjvqa) @lyse@lyse.isobeef.org Many optimizers are in fact just some kind of a scam, or fall into the bloatware category.

I can recommend Ashampoo WinOptimizer, because it’s an old classic, trusted by users and companies for many years. It’s paid, but the devs are friendly and are always giving away free licenses for older versions of it at https://chip.de .

The only downside is that (as the name suggests), it only works with Windows.

It did and probably still does have a free Android version, but last time I checked, it was very basic. If your Android phone doesn’t already come with an optimizer app installed, I’d probably recommend SD Maid instead. It’s free, but a small one time donation is required to unlock all its features.

Sadly I don’t know if there are any good trustworthy optimizer apps for other operating systems, but maybe someone else does and can join this conversation.

(#gcldhuq) @prologic@twtxt.net What’s new and when is it coming out for Android?

Not to brag too much, but I’m the local expert of “technical minimalism”. There’s rarely ever more than 5 e-mails in my inbox. Onece I read it, in the bin it goes!

Whenever SW goes unused for too long, it gets uninstalled and I manually hunt down and delete all the cache and trash files it still left on my precious SSD.

I always make sure to uninstall all pre-installed junk from any device. I browse in incognito, to not waste my memory with cookies, history files and browsery junk.

What little junk spills through I run over using the Ashampoo WinOptimizer, that itself I optimize to ensure the most optimal optimizing.

All canines drawn reside in the cloud, I don’t even have them all backed up locally, but I always use 5+ cloud/FTP services, just to be absolutely sure they’re safe.

Yes, my “technical minimalism” might be getting slightly out of hand. 🤪

Is there still no way to get build 63 of Goryon on Android? Currently there’s still only apk files for build 61 on the Gitea and I think the app is still not available on Google Play.

Also the url https://yarn.social/app still mentioned on a few places (like the Gitea) now gives a 404 error when accessed.