@prologic does not follow you (they may not see your replies!)

(#hsouiwa) @eaplmx@twtxt.net To be honest it’s just what I know and use myself regularly (for now)

(#iipu4ea) @akoizumi@social.kyoko-project.wer.ee Leave it for now until I confirm if the bug still exists in the main branch 👌

I think that would get us in a good place. Keeping the API as simple as hitting the search endpoint with ?q=... would suffice I think? 🤔

Does that make sense? 🤔 Even though it’s not too different from say you using my pod and trusting me, I feel its about making it as easy as possible to rely on your own infra if you so desired.

For example, I am quite sure you coudl run up your own Session node, hell even run up a Swarm of them (as they are called), but how easy is that to do? 🤔

I’ve read the paper from Session and even played with it in the past 👌 I just wanted to point out something though, right there, not very far down:

Session utilises the decentralised Oxen Service Node Network to store
and route messages. This means that unlike P2P messaging applications
you can message Session users when they are offline.
This network consists of community operated nodes which are stationed
all over the world. Service nodes are organised into collections of small
co-operative groups called swarms. Swarms offer additional redundancy
and message delivery guarantees even if some service nodes become
unreachable. By using this network, Session doesn’t have a central point
of failure, and Session’s creators have no capacity to collect or store
personal information about people using the app.

(#6cajjya) @brasshopper@twtxt.net In which case I strongly believe a really good search engine and crawler is more suited to this, as it has the capability of self-discovering other feeds by crawling the entire space.

It works because of the inevitable “network effect”, for example: Say you were mentioned by a new person I’m interacting with for some reason or another, but you don’t follow them. Because you follow me, you get to know about this because of your connection with me.

A crawler can also discover this as well (and does).

Are you any good at Go btw? We have a search engine, but it needs a bit more work I think.

(#c4rokma) Just a friendly reminder that I probably want to submit this soon (tomorrow), in the next 24-48 hours. It’s always gone through a few revisions. 🙏

(#rfs6lza) The very fact that we continue to fucking store “Personal Identifiable Information” at all astounds me 😳 – Yes okay fine, there are commerce laws around “Know your customer” apparently, in which case, why da fuq do companies continue to store PII in the clear in databases and systems so easily hacked?! 🤦‍♂️ Encrypt it at rest FFS 🤣

(#ptugpdq) @mckinley@twtxt.net Maybe it is about time we just rewrite the spec from the ground up? 🤔

(#6cajjya) In practise, almost no-one uses a Twtxt registry. I think it got bolted on to the spec as an “afterthought”, but required clients to add an implementation and use one or more registries, but which one? 😅 My personal opinion has always been to just rely on a search engine, of which there is one currently (needs some love), but hmmm not sure, this keeps coming up, regitries, but why? 🤔

(#c4rokma) @eaplmx@twtxt.net Not really. Aession is also centralized – They just route through a few distributed nodes in a network to dither obfuscate the traffic 😆

Me talking to another fellow Go developer…

(#uiiy3nq) Nope! I’m just a complete moron! 🤦‍♂️ I had somehow turned off “Display Media” on my own settings 😅 Whoops!

I’ve found a weird edge-case (bug?) with matching domains for @akoizumi@social.kyoko-project.wer.ee’s pod with the “Permitted Images” domain check(s) that I can’t figure out.

Here is a reproducer of the core logic that’s going on with a golang playground snippet which returns true and a nil error as I’d expect. So this should work Hmmm 🤔

👋 Hey y’all Yarn.social and Twtxt users out there 🙇‍♂️ One of our sister projects we recently begun work on a few months ago this year (2022) is called Salty IM – Some of you may have heard of it, seen it, even played with it. If you haven’t do check it out! 🙏

I have written up an NL Net Funding Submission Proposal which you can find here (you will need to sign-in with either Github or your Gita login via git.mills.io).

I would appreciate any feedback, comments, criticisms as I would like to submit this before the Deadline of 1st Oct 2022. I an hopeful we can get a small funding amount to primarily build a great Mobile App experience for Salty Chat (the reference client) and place a number of (free) brokers around the globe for folks to use if they so wish 👌 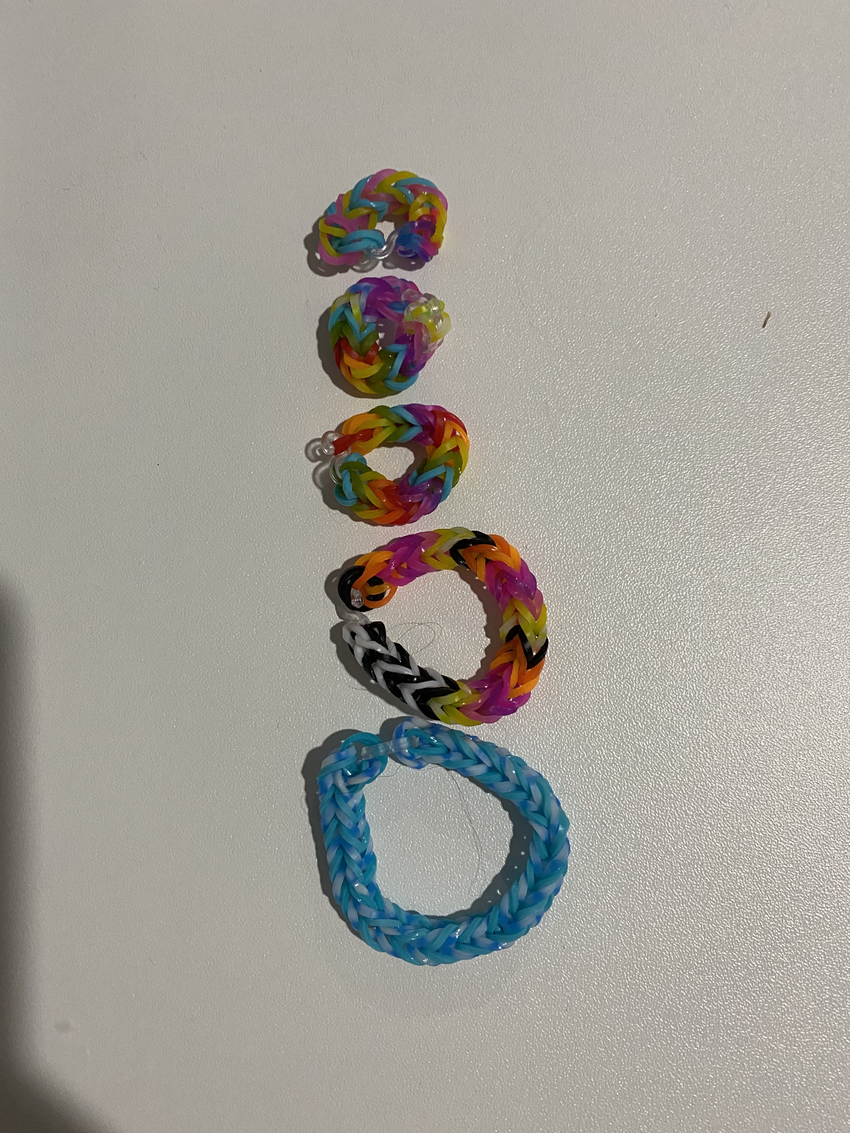 (#ybjlgha) Agree with @lyse@lyse.isobeef.org here too 👌 It adds little value to the spec when we already have mechanisms to share titles by convention.

(#oa6727a) @darch@neotxt.dk As I said in the issue, I’m guessing Simple CSS doesn’t have any styles for modal dialog(s)? 🤔

Also as an aside, I realied I can actually turn off Link Verification and Set my preference to Original Media, so at least there’s a work-around on per-user Settings until we fix this 👌

(#adrpwna) @darch@neotxt.dk You need to rebase it like I showed you.

(#jdl5x5a) @darch@neotxt.dk If that’s intention, that’s fine 👌 However it is visually different to tell apart the ‘In Reply To …” with for example an actual quote:

This is a quote…

Can we do something here? 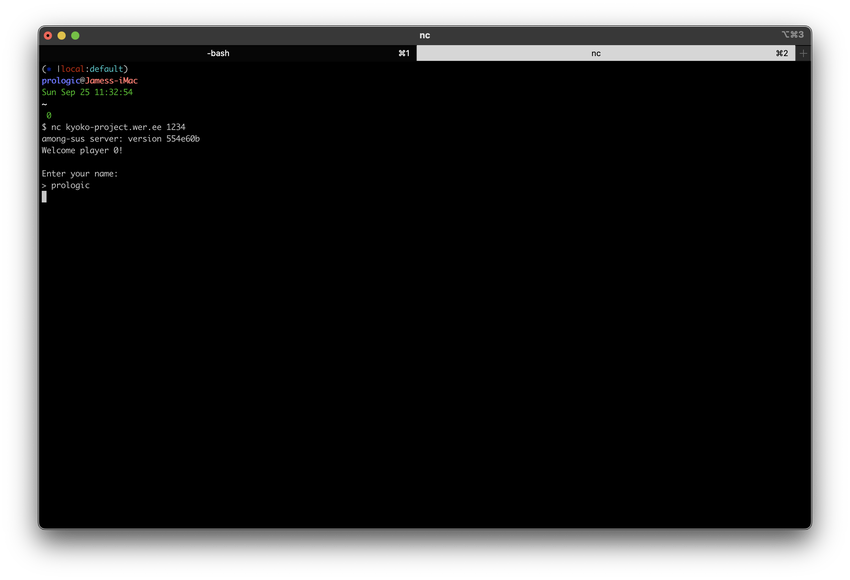 (#zogehjq) @mckinley@twtxt.net In that case maybe we should adopt the GoldMark library which I think implements CommonMark?

(#rbkm6dq) @mckinley@twtxt.net So… What are you proposing exactly? 🤔 If not some kind of metadata field declaration?

(#bqg2sbq) @akoizumi@kyoko.nerdpol.ovh Yeah there a few things that are broken but most things are okay 👌

(#j6ldm5q) In fact even in this Yarn, the whole Image Gallery feature that @ullarah@txt.quisquiliae.com originally did is not completely broken 😅 I’ll let you ponder on that for a while, but we should probably do something about this before cutting a new release for sure 👌

(#rbkm6dq) @mckinley@twtxt.net We’ve talked about this once before and in fact even tried to formalize it but in the end we couldn’t agree on a way to do it or even if it was a good idea… Worth revisiting this again? Like @lyse@lyse.isobeef.org I’ve also looked at JSON Feed and wasn’t entirely convinced either.

We definitely need some feed normalization database, too many broken mentions out there

@darch@neotxt.dk Also the pop-up when you click on external links in a Twt is broken. I tried to for example in the Twt (screenshot attached) and it didn’t work :/

(#xvx7mta) @akoizumi@social.kyoko-project.wer.ee Sorry man, I looked at this briefly last night when I went to bed (on my phone) but I “didn’t get it” 😅 Sorry!

It’s also been merged and my pod upgraded 👌

@darch@neotxt.dk There are a few minor regressions. But maybe they were intentional? The “In-Reply-To” used to limit the text to some width and use an ellipsis via CSS to cut it off a bit.

👋 Hey all users of this pod (twtxt.net – I just merged @darch@neotxt.dk’s PR that replaces PicoCSS with SimpleCSS. You may want to refresh or clear your browser cache to get the new look 😅

(#kxlpuda) @lyse@lyse.isobeef.org Hmmm good points but yeah it depends on the program 👌