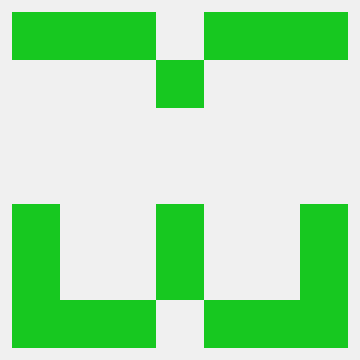 @maya does not follow you (they may not see your replies!)

i believe in us, evanaa. i believe we can make this crazy thing work

yeah lots of you are posting that you’ve blocked them, but how many of you have they blocked, huh? huh?? (shh don’t tell me, I want my moment of pretending I have cred)

we have a static ip and the real site still loads on phones, soooooooo

UPDATE: I can report I have finished the speedrun to being blocked by truthsocial.com

why would you bother setting up a fake analytics company? like, why? or was this, like, some epik employee’s teenage nephew saying “oh I can run matomo for you guys no problem”. is there some greasy kid in sammamish somewhere trying to figure out how to flex his ill-gotten gains without explaining to his peers that Behind the Great Success of Bonsa He Playing Role

let’s do a WHOIS lookup (on the first google result, as is only appropriate) so if they’re using dreamhost there’s no point looking for other stuff at that IP, but… interesting that this is… brand new?

Evanaa, I take it all back. Whatever they’re paying you, it isn’t enough.

you know what, I’ll look up that address – wait, what’s this?

Wow, time to give these guys a call! At one of these numbers! From their contact info! That they have listed as phone numbers!

We love to see coworkers supporting each other with helpful feedback!

What’s this? A blog link, you say?

Ah, really puts my mind at ease seeing their experience with Thousand of Comapnies

And these exparts’ attention to dotail, you gotta sea it to believe it

tiny? inconsequential? petty? yes but also i do not know this person

https://hollywoodagegap.com/ dumb q but… this isn’t real life, is it? like… i don’t know a bunch of twenty-somethings dating forty-somethings. does data on that even exist

“yes hello i have never read even a single sociology”

I read about this because someone was trying to analyze how big a deal alcohol use during pregnancy really is, and it turns out it’s really really really hard to disentangle from all the other stuff people aren’t supposed to be doing while pregnant.

there’s also a complication with blah blah education blah blah class blah blah trust in authorities blah blah people who were more likely to have good material circumstance… but you would still have this same problem even without that complication, which is wild.

that’s because as long as most health advice isn’t absolute garbage, people who follow it in aggregate are going to have better outcomes in aggregate than those who don’t. so now in our example, avoiding gummy vitamins is statistically tied up with all the health advice that isn’t meaningless.

now, before that point, we’d expect gummy vitamins to have basically 0 association with health during pregnancy. after my hack, though, the association will appear, clear as day, in all the relevant data.

well, let’s say I hack into all the CDC websites and tell everyone that gummy vitamins are very dangerous during pregnancy, very dangerous, and must be avoided. I get someone to go on Oprah about it. the advice is Out There.

a fun thing, and by fun I mean kind of cursed, is that once something reaches the canon of public health advice, it’s never possible to measure its effect using simple latitudinal surveys ever again. why?

this seems different somehow than the long-feared “but what if my boss sees my weekend partying”. that’s someone outside the intended audience seeing it. instead it’s about… not even clearly intending an audience to communicate to, I guess, because of how stochastic it all feels

https://www.grimoire.org/grimoire/cyranides/ please tell me there’s an english translation of this that doesn’t suck ass

https://www.kickstarter.com/projects/2142694884/the-chemical-wedding-by-john-crowley <- I have this and I love it and … how can I buy more copies of really nice new translations of old texts like this? they don’t even have to be as nice, physical object-wise…. i’m sick of only dealing with centuries-old translations because they’re public domain

I guess the key here is that most of the time, functionally, it is only that small circle seeing it… there’s just… a slight chance otherwise

tiktok seems really prone to this since 100% of discovery there is algorithmically mediated, but I remember getting the sense of this in tumblr days. you could tell sometimes there’d be something cringey about a response where a person was writing as if they expected to go viral, to have thousands of reactions back them up, but… they were just some kid, you know? and yet, they might have.

my theory is that there’s something particularly psychologically stressful about having to deal with Schrodinger’s Audience: when you put something out there, you have to adopt a tone of humility appropriate to only a few people, maybe your close contacts seeing it… but you also have to communicate as though you might be talking to Absolutely Everyone. and you don’t really control which.

but of course we know that in practical terms, people don’t use social media as if the context were absolutely everyone in their lives seeing it. that’s why it’s always awkward when a Bad Tweet goes viral and it’s clear the tweeter was using Twitter to chat within their social network, with a thicker context, where more subtle ironies and such might be expressed…. but actually they were posting publicly also

people have talked about context collapse before, where your internet presentation isn’t able to be segmented into what you’d show church people, employers, peers, family, etc., and it’s all just one context

there is a youtuber kid i will put on muted in a background tab because i want him to succeed. good luck kid!!!!!